Tan Sri Dato’ Dr. Syed Jalaludin began his career as an assistant lecturer in the Faculty of Agriculture in University of Malaya in 1969. He later joined Universiti Putra Malaysia (“UPM”) as a lecturer in the Faculty of Veterinary Medicine and Animal Science in 1975 before retiring as Vice Chancellor of UPM in 2001. During his academic career, he was bestowed with the National Science Laureate in 1993 and National Academic Laureate in 2008. He is also a founder and senior fellow (which carries the title of academician) of the Academy of Sciences Malaysia. Academician Syed Jalaludin has also been conferred Emeritus Professorship by Universiti Terengganu Malaysia and UPM. He is still active in the academic sector as Pro Chancellor of the Board of Directors of UPM and Chairman of Asia eUniversity. In addition, he is the Chairman of Board of Governors of University College Fairview and he is also the Chancellor of Taylor’s University. He is a member of the Executive Committee and Governing Board of the International Centre for Education in Islamic Finance (“INCEIF”). He is also an Independent Non- Executive Chairman of SL Innovation Capital Berhad (formerly known as SL Information Berhad). Finally, he is the Chairman of Segimaju Group of Companies. 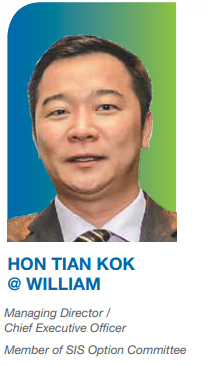 Mr. Hon Tian Kok @ William is our Founder, Substantial Shareholder, Promoter and Managing Director/Chief Executive Officer. He was appointed to our Board on 21 June 2011 and is responsible for overseeing our Group’s performance and strategic direction. Mr. William Hon obtained his qualification from the Association of Chartered Certified Accountants in 1998 and has been a member of the Malaysia Institute of Accountants since 2002. Mr. William Hon has an extensive background and experience in Finance, Audit, Strategic Planning, Marketing, International Business Relations and
Biotechnology industry.

He began his career as an Auditor with an accounting firm in 1995 and later joined commercial company as an Assistant Finance Manager in the same year. In 1998, he joined an educational and business consultancy firm, as a Consultant. He subsequently left and joined a public listed company in 2000 as Vice President of Business Development, where he was responsible for identifying and/or assessing new business opportunities for the group in the property investment and development industry as well as other new ventures such as biotechnology. In 2003, he worked as a freelance consultant with a few companies, including companies in the healthcare industry, during which he gained further knowledge of the biotechnology industry and enabled him to establish Bioalpha International Sdn. Bhd. (“BISB”) in 2005. 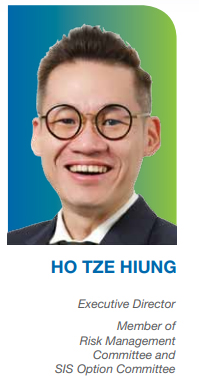 Mr. Ho Tze Hiung is our Executive Director and was appointed to our Board on 21 June 2011. As our Operations Director, he is responsible overseeing the Group’s sales and marketing division.

Mr. Ho Tze Hiung completed his Bachelor of Business, majoring in Business and Management from Oxford Brooks University in 1999 and began his career as a Marketing Executive in the same year. In 2000, he joined a seafood processing industry as a Sales Supervisor. In 2002, he joined wholesale from grocery and frozen food as an Operations Manager. He subsequently joined a multinational insurance company as a Trainer in 2003. In 2004, he joined a health supplement company as a Marketing Manager. Subsequently in 2005, he joined Bioalpha International Sdn. Bhd. (“BISB”) as a Marketing Director and was promoted to Operations Director in 2012. 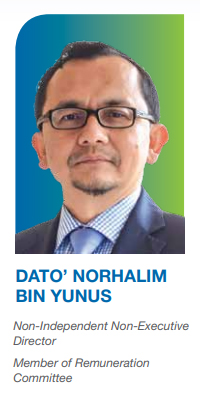 Dato’ Norhalim Bin Yunus was appointed to our Board on 30 June 2011. He graduated with a Bachelor of Science in Life Sciences from UKM in 1986 and is the Chief Executive Officer (“CEO”) of Malaysian Technology Development Corporation (“MTDC”), a wholly-owned subsidiary of Khazanah.

Dato’ Norhalim joined MTDC shortly after its formation in 1993 and was subsequently appointed as Chief Executive Officer of MTDC in 2008. During his tenure with MTDC, he was extensively involved in the Malaysian innovation ecosystem development, including the commercialisation of public sector universities’ R&D results, early stage technology ventures, innovation policy development and fund management. He is one of the pioneers in the commercialisation of public universities/research institutes’ R&D results in Malaysia and has played various roles relating to the overall development of the Malaysian technology commercialisation ecosystem, as a venture capital fund manager, government grant manager, incubator manager and industry expert in various public-sector innovation related committees.

He is also a Non-Independent Non-Executive Director of Globetronics Technology Berhad.

En. Mohd Nasir Bin Abdullah was appointed to our Board on 12 February 2015. He is also the Chairman of the Audit Committee of the Company. En. Mohd Nasir obtained his Diploma in Accountancy from Universiti Teknologi MARA in 1989 and subsequently graduated with a Bachelor of Accountancy (Hons) from the same university in 1996. He is a member of the Malaysian Institute of Accountants since 1996 and the Malaysian Association of Tax Accountants since 2012. He holds licensed tax agent from Ministry of Finance since 2017.

En. Mohd Nasir began his career with Sahir & Co, an accounting firm, as an Audit Associate in 1989 where he gained his first audit experience. He later joined Lembaga Tabung Angkatan Tentera as Finance Officer in 1992 and Arastu Sdn Bhd as Finance Manager in 1997. In 1998, he left to join Kuantan Port Consortium Sdn Bhd as a Finance Manager and later assumed the role of Internal Audit Manager in 2000. In 2005, he joined NACC Corporate Services Sdn Bhd as a Director where he was responsible for the accounting,secretarial and management services. He subsequently joined two (2) accounting firms, Wan Ali Jaafar & Associates as a Senior Associate in 2008 and AT Konsortium as an Audit Manager in 2012, to further gain his audit experience. With his accounting and audit background, En. Mohd Nasir established MN Associates, an accounting firm which provides accounting, secretarial and management services, in 2013. 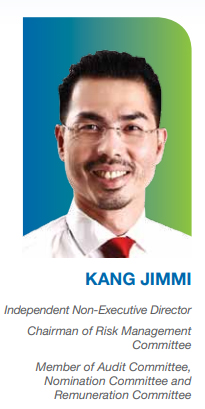 Mr Kang Jimmi was appointed to our Board as Independent Non-Executive Director on 22 May 2020. He graduated with Bachelor of Science from Binus University, Jakarta.

Currently, Mr Kang Jimmi as a founder and leading one of Public Company listed in Indonesia Stock Exchange. He leads for operation and maintenance for Powerplant Company with total capacity 42 MW including Diesel Powerplant and Minihydro Powerplant. He has experience as a leader for a new IPP Development Process, leading for cross-functional management and hundreds of employee, knowing deeply for utility power plant infrastructure system and mechanical and performing good financial evaluation as a company results. His background focus established strategic partnership with others party and/or company. 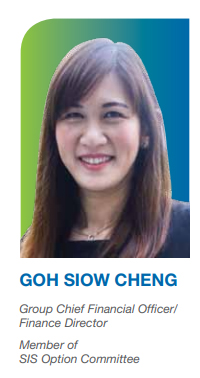 Ms Goh Siow Cheng was appointed to our Board as Executive Director on 6 March 2020. Ms Goh is the Group Chief Financial Officer of Bioalpha and has been working with the Group since 2014.

She graduated with Bachelor of Business (Accounting & Finance) from University of Technology Sydney, Australia and a member of CPA Australia.

She is one of the key senior staff who is involved in the listing exercise of the Group. She has responsibly and effectively led her team to take on various corporate exercises, investment and acquisition projects for the Group.

Ms Goh has more than 10 years of experience in audit and assurance from a large international accounting firm where she was involved in audits for both private limited companies and public listed companies across various industries, including manufacturing, trading, property development, information technology and plantation.